Professor, vet: Be skeptical of media coverage of Ukraine war 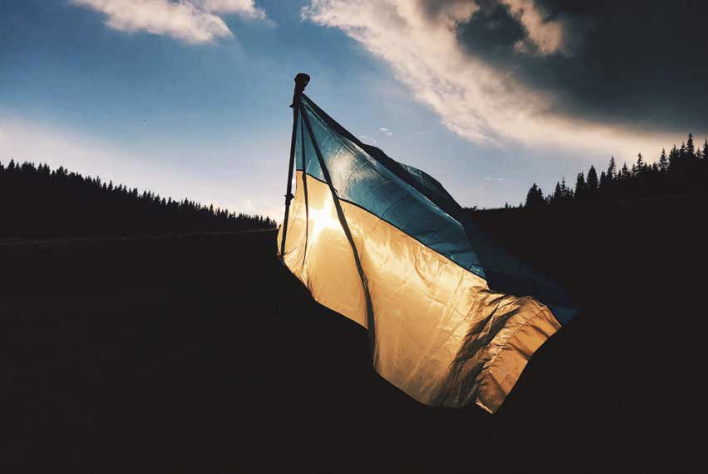 A Communication professor and military vet who served in a war zone both warn that media coverage of Russia’s invasion of Ukraine may not tell the real story. They say reports often emphasize emotions over explanations.

One senior finds the coverage of Russia’s invasion of Ukraine eerily familiar.

“The Russian and Ukraine situation has been very emotional for me,” said Toi Malone, who is a Hospitality and Tourism Management major. “I remember how I felt in 2003 when President Bush gave the U.S. military permission to cross into Iraq. …I was nervous, scared, and felt the weight of the world on my shoulders.”

Malone served in the Army from 2000 to 2014. She would ultimately be deployed to the Middle East.

Because of that experience, she wonders if Americans are getting the real story from U.S. media.

“During my multiple deployments, the media did not accurately cover the Iraq and Afghanistan war,” she said. “The war at that time was based on ‘Weapons of Mass Destruction’, but for those of us on the ground, it was based on so much more.”

Lee Artz, professor of Communication and director of the Center for Global Studies, is not sure Americans are getting an honest portrayal of the tension.

“Media will frame news and events in a process that we understand,” he said. “They do this by first defining the event, then diagnosing the causes of the event, then evaluating the participants and then finally proposing a preferred form of action. All media does it.”

He said the framing is done to appeal to readers and viewers – but often at the expense of nuance and explanation.

“There is a focus on personal tragedies,” he said. “It keeps the readers from understanding why this happened. That to me is the biggest defect in the coverage. There is no good side to this conflict.”

“I will tell anyone that you cannot always believe what you see or believe in the media when it comes to any war,” she said. “When I was deployed, I always told my family not to watch the news, because that’s not necessarily what I’m going through.

“Yes, I understand that media outlets have a job to do, but in order to really get people to watch and pay attention to a network, they will always show the most gruesome part of a war situation,” she said. “However, that doesn’t encompass the whole situation.”

Malone has learned to take the media stories with a grain of salt, and believes others should do the same.

“The purpose of the media is to push a story and in order to that media outlets have to find the best way to grab people’s attention,” she said. “Because I am knowledgeable of it now, I am able to follow along with what’s going on and understand what to take seriously and what not to.”