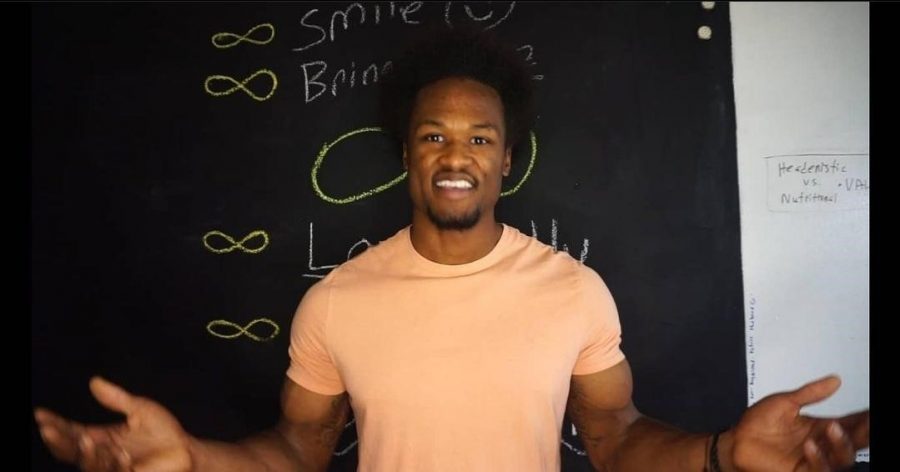 For this year’s Thanksgiving, Dominique Arrington, a junior Finance major, is most grateful for his life – and his helmet.

On August 22, Arrington was a victim of a hit-and-run that nearly killed him.

Arrington started his usual bike ride on the Marshal “Major” Taylor trail near his home in Chicago’s South Side. On his way home, he was struck by a minivan and was knocked unconscious as the driver sped off.

He regained consciousness as emergency medical technicians loaded him onto the stretcher. He looked down at his hand and leg. He had two open fractures in his right leg, along with a shattered right thumb.

Luckily, he was wearing his helmet and didn’t face any serious brain injuries. But Arrington was limited to getting around in a wheelchair for a few weeks.

“I’m thankful to walk again, and to have normal brain function,” he said.

Arrington was in the hospital for two weeks, forcing him to miss the first two weeks of classes. But he said he is now back on track.

He is undergoing physical therapy for his injuries, and is trying to manage inflammation while expanding and strengthening his ranges of motion.

“It’s been going very well so far,” he said. “I’ve been going the past seven weeks or so on my own.”

He is eager to return to normal.

A former member of the men’s basketball team, Arrington coaches his own basketball team of young players. His philosophy is to make sure they are fully functioning humans first, high-performing athletes second.

“I’m looking forward to the team so that I can expedite the process while learning from it,” he said.