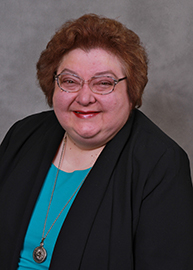 Patricia Hales, continuing lecturer and well-known figure in PNW’s music programs, died on April 9. She was 64.

Hales, a lifelong resident of Gary, left a legacy as a kind and caring individual at the university.

“She was very involved, and she always wanted her kids to succeed,” Erin Lain, visiting instructor, said. “She made sure to give them every opportunity.”

“It was never spoken out loud, but we knew she loved us and we loved her,” Rosa Cortes, president of Vocal Company said. “Professor Hales was a beloved advisor and a talented musician. It will never be forgotten how much dedication she put towards Vocal Company.”

Known to most in the Communication and Creative Arts department as Trish, she served PNW from 1998-2019, teaching Music Appreciation and Music for Elementary Teachers.

Mary Beth O’Connor, associate professor, said Hales wanted her students to be happy and to understand who they were, which she was successful at because she knew them so well.

Hales won the Lifetime Achievement Award in 1996 from the Northwest Indiana Excellence in Theatre Foundation and was a 14-time award winner in “Outstanding Vocal and/or Music Direction.” She was also a member of the National Association of Recording Arts and Sciences.

Lain said Hales was unique because of her unselfish qualities.

“She was an absolute sweetheart; it was never about herself. It was always about her students or how everyone else was doing,” Lain said.

O’Connor also credited Hales as one of the inspirations for her creation of the belly dancing class and aided in deciding to place it under music instead of visual communication or theatre.

“She told me it was important for women to feel good about themselves, which is the whole point of belly dancing,” O’Connor said. “Trish was an advocate, not just for students but for women and for people to understand themselves through the arts. She wanted us to expand the creative art program in our department.”

Hales earned a Bachelor of Music in Voice Performance in 1977 and a Master of Music in Vocal Pedagogy in 1978, both from Indiana University. She studied for five years under the American soprano, Eileen Farrell, and was accredited by the National Association of Teachers of Singing.

“Always gracious, kind, and humble, Trish was an example of excellence for her students and colleagues,” Tom Roach, Communication and Creative Arts department head, said. “We dim the theatre lights in her honor. She will be missed.”

She was the vocal director at Crown Point High School for the past six years, a musical director throughout the Region and gave private vocal lessons for over 30 years. She was also a devoted member of Grace Baptist Church in Gary.

“I want to thank Trish for all the years of mentorship and guidance, because of her I am a more compassionate leader. May her beautiful soul rest in peace,” Cortes said.

O’Connor said Hales was a reminder that materialism was not as important as people, and to appreciate the little things.

“She led an honest and simple life. It was complex in she had all these relationships she fostered. She had friends in her personal life. Her colleagues loved her; her students loved her. That’s what was important to her,” O’Connor said.