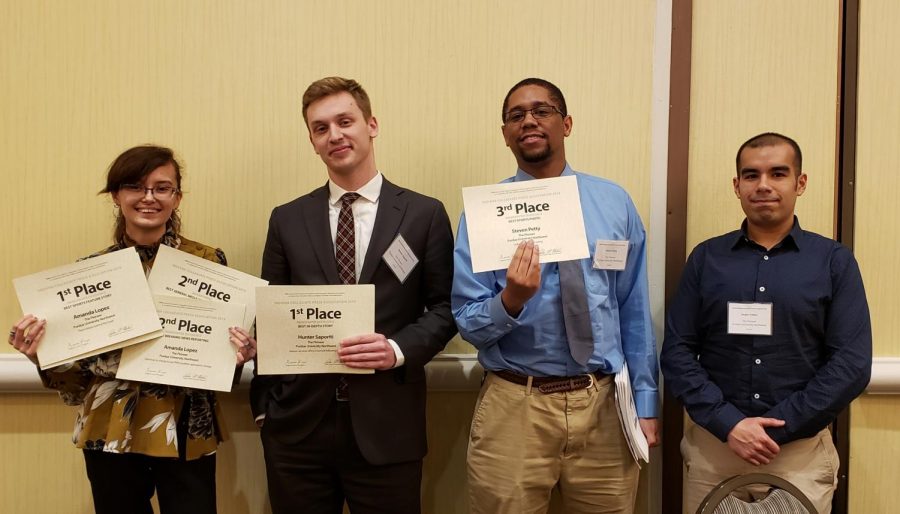 The student newspaper of Purdue University Northwest, The Pioneer, won 11 awards at the Indiana Collegiate Press Association 2019 convention on March 30.

The five staff members who won totaled four first-place awards, four second-place awards and three third-place awards. The ICPA convention is an annual event featuring public and private colleges from the state of Indiana. The Pioneer has been competing annually in the competition since 2014.

“I’m extremely proud of the Pioneer staff for bringing home a hefty stack of state-wide journalism awards,” said Pioneer Advisor Rick Markley. “These awards further validate what those close to the Pioneer already know, that the paper is staffed by skilled and dedicated students. These awards are even more impressive when considering the large challenges the staff had to overcome to turnout this award-winning work.”

Hunter Saporiti, managing editor, won two first place awards and two awards in the same category at the event at IUPUI in Indianapolis.

“I’m proud of all the hard work the staff regularly put into the newspaper and it makes me happy to see that they’re recognized for their reporting and photography,” Lopez said.