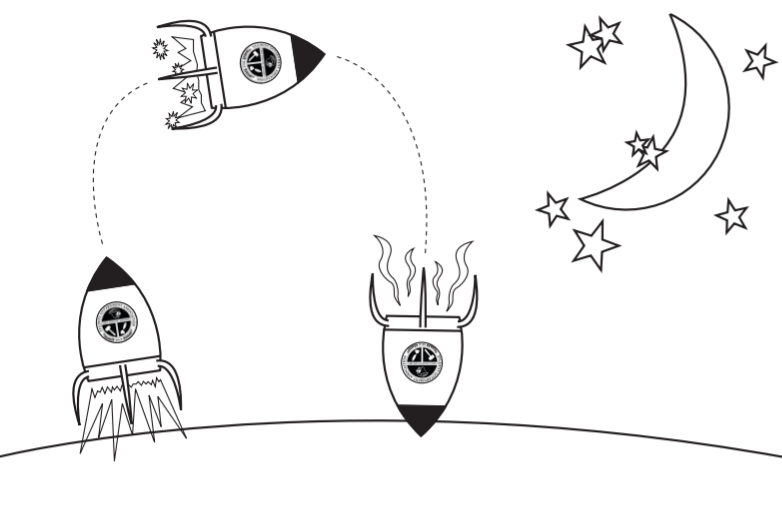 As SGA concludes its Fall 2018 session, the discrepancy between what it planned to accomplish and what it has accomplished is notable.

Riley Owens, president, and Dustin Thibideau, vice president, campaigned on changing the price of online access codes in the bookstore; equal campus-representation, with Owens primarily on the Westville campus and Thibideau on the Hammond campus; creation of the SGA House of Representatives; and increased transparency and reciprocal communication between the organization and students.

Currently, the plan to reduce the price of online access codes in the campus bookstore is stalled due to a non-negotiable contract.

With the resignation of Thibideau, the two leaders of SGA will now both be Westville-based, as the new vice president is James
Schooley, former president pro tempore and CHESS senator in Westville.

The House of Representatives, one of SGA’s biggest efforts to gain student input, was ultimately chopped due to lack of student interest.

Owens and Thibideau have actively worked to engage students on SGA’s social media, where their support for student movements like the diploma change controversy and their efforts towards filing a Freedom of Information Act request for the bookstore contract have been posted. However, as SGA works
towards visibility, the organization is limited by what it can realistically achieve.

The discrepancy between SGA’s goals and accomplishments may be chalked up to bureaucracy, lack of university support or
the general difficulties that surround the yearly batton-passing
of SGA presidents.

But a deeper look shows that SGA may be a victim of its own ambitions, primarily displayed by its top representatives.

It is clear that SGA is still finding its footing after a tumultuous 2017-18 election cycle, which resulted in a vote on only one presidential candidate following the disqualification of his
opponent. And, following the announcement of a reduction in its yearly budget, along with its recurring struggle to gain and retain student interest, it’s clear that SGA has not been granted any respite.

However, instead of adjusting as complications and limitations arose, SGA, led by Owens, has abandoned the incremental approach toward improving student life. As the semester has progressed, proposals from Owens and the organization have become less and less realistic. A prime example is Owens’ proposal to redistribute the SSF fund, calling for a $147,000 increase in SGA’s yearly budget.

While SGA has addressed some student concerns, like the reduced bus schedule, it seems that the organization’s attention and energy are directed at extravagant public proposals in lieu of tangible change.

Instead of focusing on a few realistic changes it can make to improve student life, SGA has shot for the stars, only later to be seen descending back to earth —defeated.

When faced with budgetary or personnel concerns, as SGA is, the pressure to showprogress is immense; failure to do so may result in a decline in public trust or belief that actual work is being done. But this pressure, it seems, has warped SGA’s view of itself and its purpose.

SGA faces this pressure as it struggles to find how it can best live up to being the voice of the students at a university where the culture is indifferent. It reflects the lack of interest in student organizations and student life programming, an identity that is driven by still being a commuter campus at heart.

The university may have unified two campuses, but students have been resistant to the change, making it more difficult for SGA to connect.

When students were outraged by the announcement that their diplomas would say “Purdue Northwest,” the leaders of SGA connected with students from both campus, aiding in organization and protest against the announcement. However, once the issue was resolved and students returned to their everyday lives, SGA once again struggled to define its purpose.

Rather than focusing on lofty, unattainable goals, SGA should look at its primary successes from the past and grow from there. SGA served as a liaison when students felt wronged and unheard. While students are not protesting at the moment, SGA can serve as a student liaison for smaller issues if it can rebuild credibility and grow invisibility.

Owens has been in charge for a full semester now, and only has one semester left. It’s apparent that his idealistic approach is here to stay. There is a place for idealism, but it is clear that both SGA and the students would benefit from practical leadership.

Sweeping, all-encompassing proposals will not bring about change at PNW if they have no connection to reality. However, incremental change on a smaller scale could serve as the connection between overly-ambitious proposals and tangible reality.