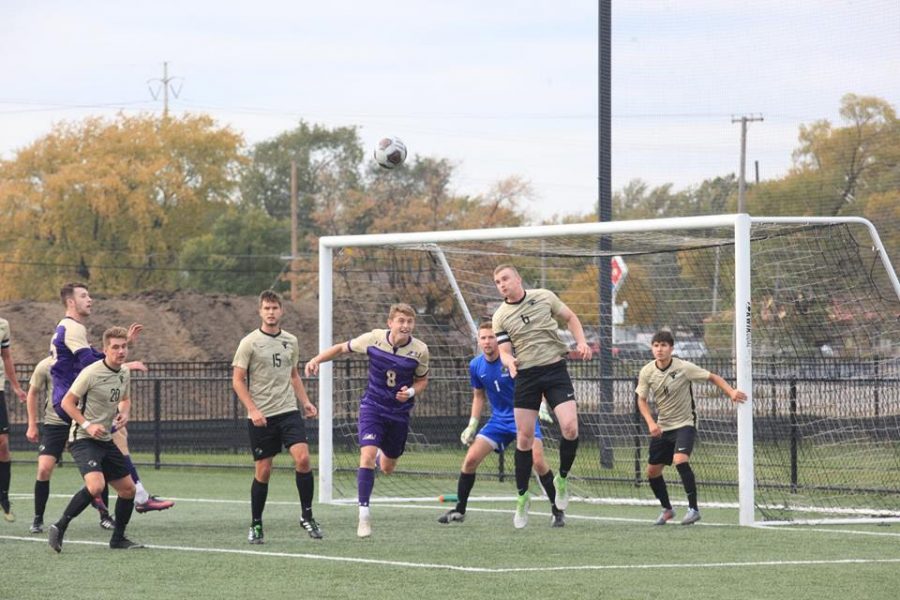 The men’s soccer team finished the season with a 9-7-1 overall record.

Men’s soccer ended its season with a 0-1 loss against Ashland University in the first round of the Great Lakes Intercollegiate Athletic Conference playoffs on Oct. 29.

The team finished its season with a 9-7-1 overall record and 7-5 conference record.

“It was amazing to make history for the university and to have our friends and family supporting us,” Serna said.

Serna was one of three players who made the AllGLIAC second-team, the other two were Grant Ugarte, defender, and Isaiah Nieves, midfielder. Ugarte was also named to the 2018 Google Cloud Academic All-District Men’s Soccer Team.

Hayes said he is pleased that the team accomplished many of the goals it laid out before the season started and is looking forward to preparing for the 2019-20 season.

“I love working with our guys day in and day out and helping to prepare them for the challenges they will face in the classroom, on the field and in society,” Hayes said.